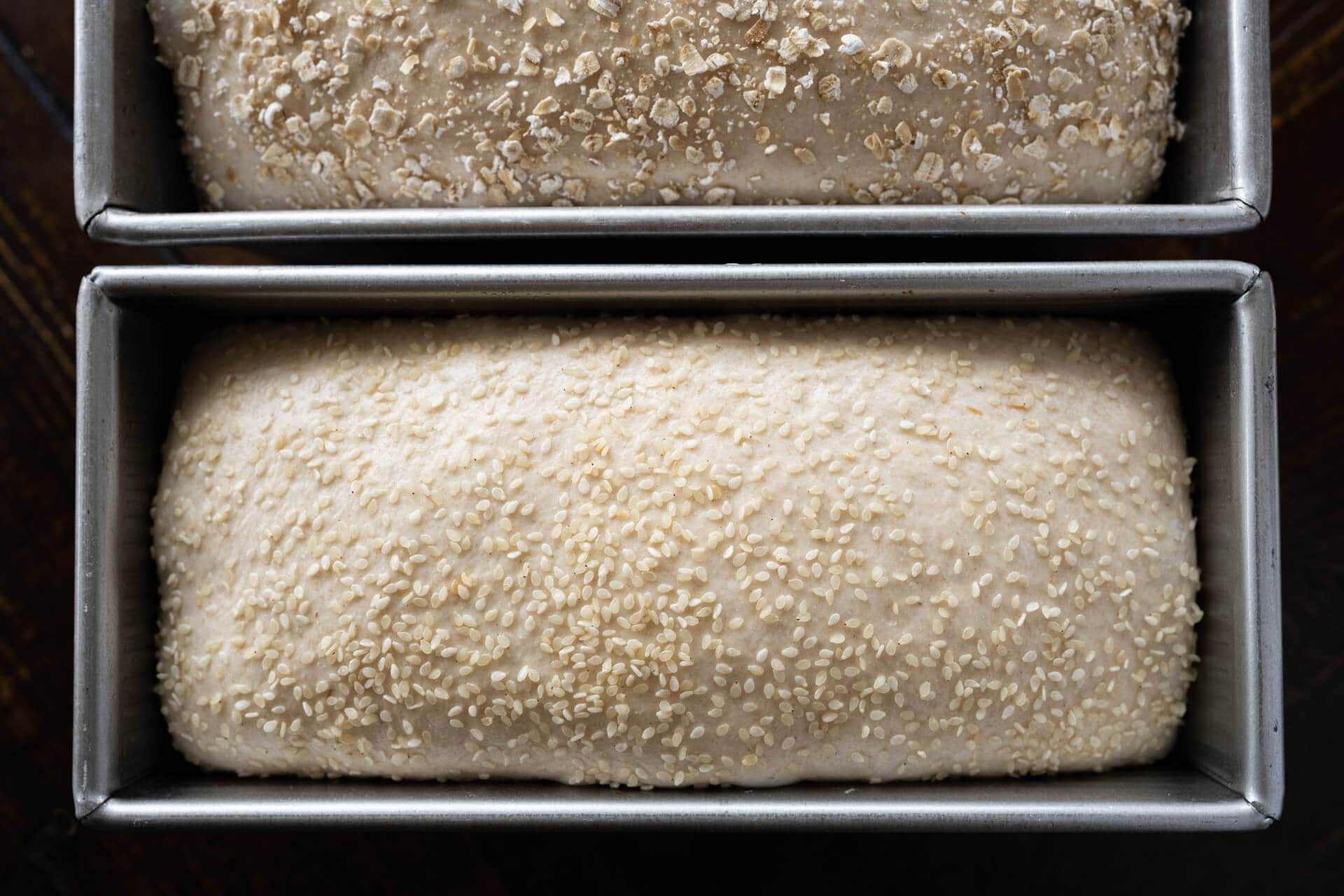 How to make tangzhong

In this how to make tangzhong guide, we'll look at a method for bringing extra tenderness and keeping quality to your sourdough bread by pre-cooking a portion of the flour. Pre-cooking some of the flour and liquid in your formula gelatinizes the starches in the flour, transforming the two ingredients into a viscous paste that's then added directly to your bread dough.

The remarkable thing about tangzhong, also called yudane or water roux, is how the overall dough hydration can be kept relatively low, with fewer fats and oils, and still result in incredibly tender bread. In this guide on making a tangzhong, we'll look at what flour types you can use for the roux, what liquids, and a few different methods to cook the flour and mix it into your bread dough.

First, let's quickly look at yudane, a similar approach to pre-cooking some of the flour in the recipe.

Yudane is Japanese and essentially means roux (like tangzhong, Chinese). It has the same end goal: to gelatinize the starches in flour with a hot liquid. It differs from tangzhong in that you boil the liquid (usually water) and pour it directly over the flour, stirring to incorporate. After this, you let the mixture rest until it's at room temperature before mixing it into your dough (or you can let it rest in the fridge until the next morning). At this point, you'll take the mixture out, let it warm to room temperature, and mix it into your dough as needed.

The yudane method saves a little time since you don't have to cook the flour at the stove, but it reaches the same end goal. In my experiments, I've not seen dramatically different results between the two methods. Because of this, I'll talk about them interchangeably in this guide.

Tangzhong is a technique that calls for pre-cooking a portion of the raw flour in a recipe with a liquid. You heat the flour-liquid mixture in a saucepan to approximately 150°F (65°C), at which point the starches in the flour will gelatinize, and a paste forms. Adding this paste during mixing results in bread that’s tenderer, more fluffy, and lasts longer before staling.

When the flour is cooked, the starches gelatinize as the liquid is absorbed into the starch, which swells as the mixture becomes more viscous and gel-like. This gelatinization is similar to how the exterior of a bagel gelatinizes during boiling. When you do this, the process irreversibly turns the mixture into a sticky starch paste that’s then added to the dough during mixing.

Yudane is another similar method with a little less upfront work; we'll look at this alternative method later.

What are the benefits of tangzhong?

Below is a quick roundup of the benefits to using pre-cooked flour, and for such a small amount of work upfront, the return is quite dramatic.

How to make tangzhong

To make the actual roux of flour and a liquid, the process is simple:

Use the stove but you could also use the microwave.

What liquids can be used for tangzhong?

When using the tangzhong technique, I use whole cow's milk, but I've also successfully used 2% milk, lactose-free milk, and low-fat milk. Instead of dairy, you can use full-fat almond, oat, cashew, or other nut-based milk.

What flour can be used for tangzhong?

How much tangzhong should I use?

I've found using between 4% and 8% of the total flour in the recipe as a roux to be ideal. I think it's possible to do percentages outside this range, but 8% has been my soft upper limit for my formulas.

Converting a recipe to use tangzhong

When converting a recipe to using a tangzhong, you might notice the dough feels stiffer than it might have previously. This is because some of the once “free” liquid mixture into the dough is now bound up in the roux itself.

When converting a recipe, take some flour and liquid from the recipe ingredients to make the roux. In other words, don't add extra flour and a liquid to the bread formula for the roux. In doing this, you will change the ratio of ingredients (baker's percentages) in the formula.

Tangzhong typically has a ratio near 1 part flour to 5 parts liquid (1:5), but this ratio is not absolute. I've used various ratios with varying success, and in my tangzhong sandwich bread, I use a ratio of 1 to 4 (74g flour to 296g milk, or 1:4). The additional liquid ensures it doesn't burn and likely also accounts for evaporation.

Preparing tangzhong or yudane ahead of time

When using tangzhong or yudane, it's possible to make the roux the night before or several hours ahead. Prepare the mixture by cooking over the stove or pouring boiling liquid over the flour, then set out to cool. Once slightly cool, cover the roux and place it in the refrigerator until needed.

I like to take it out of the refrigerator to come up to room temperature before mixing the roux into my dough, but this is unnecessary. Ensure the added ingredient is considered when determining your final dough temperature.

Recommended reading: The Importance of Dough Temperature in Baking.

I've used the tangzhong technique in many sourdough breads, and it brings ample softness and keeping quality to all of them. From Japanese milk bread to the softest sourdough dinner rolls to healthy whole-grain seeded bread, all of them benefit from this easy and effective technique. 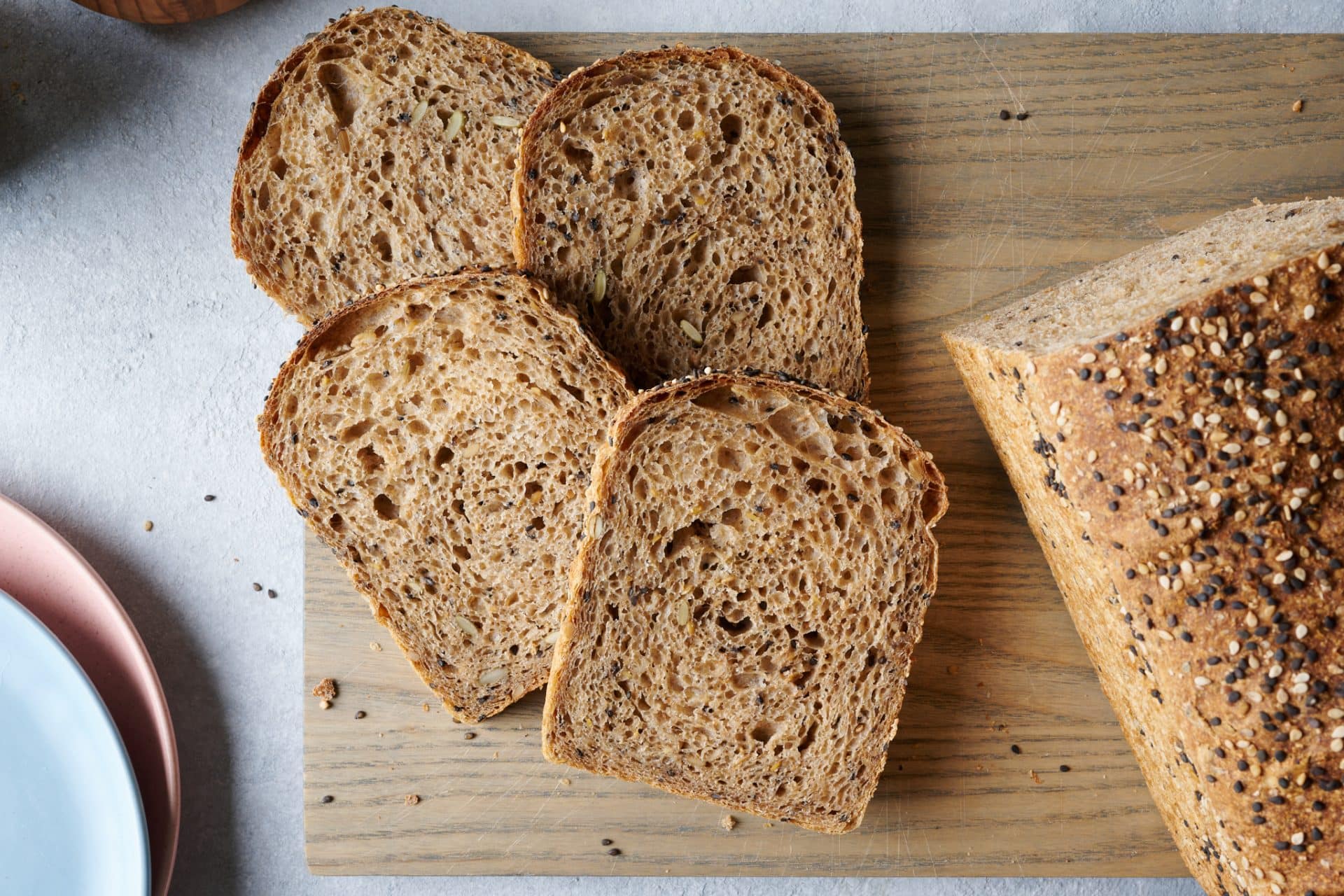 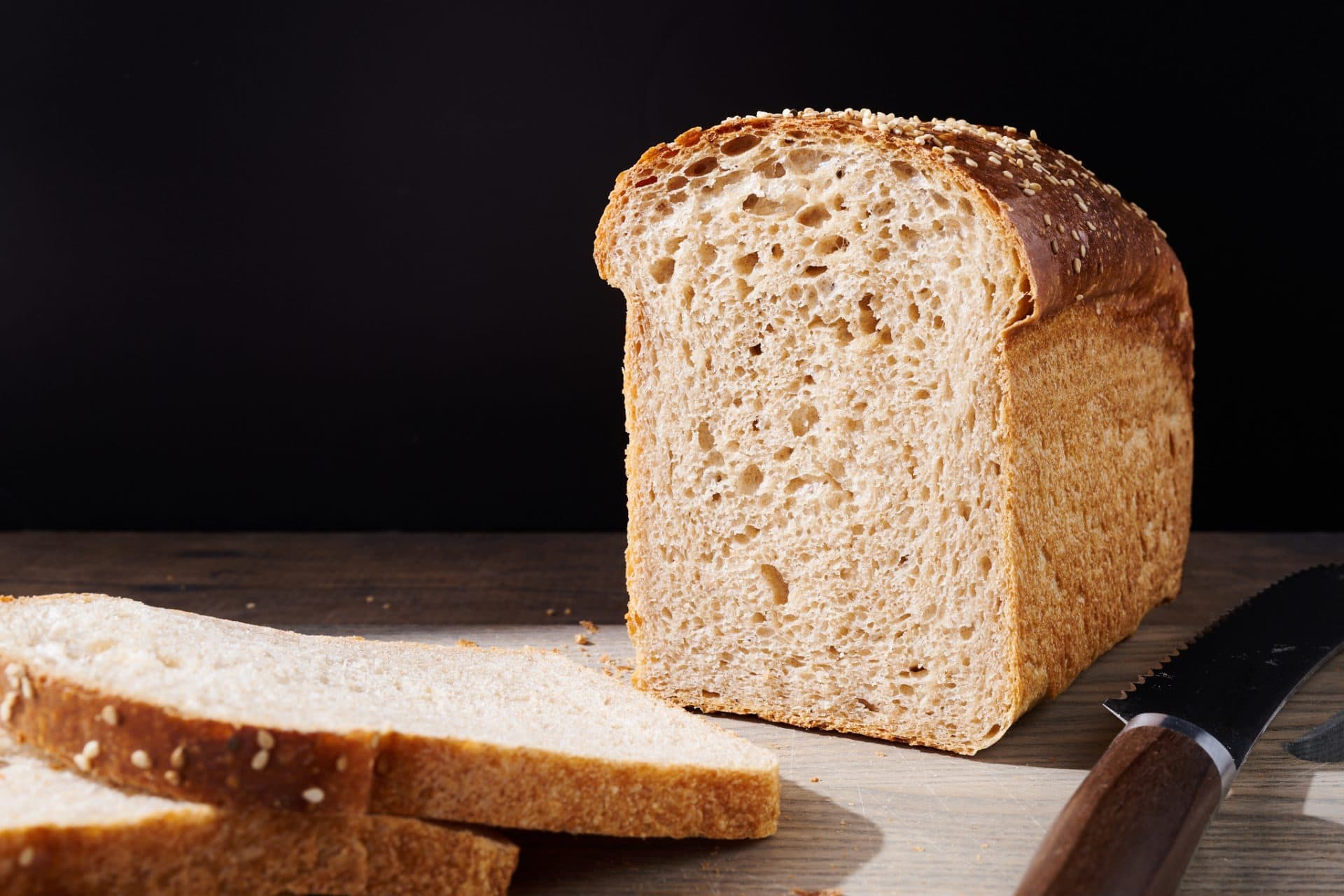 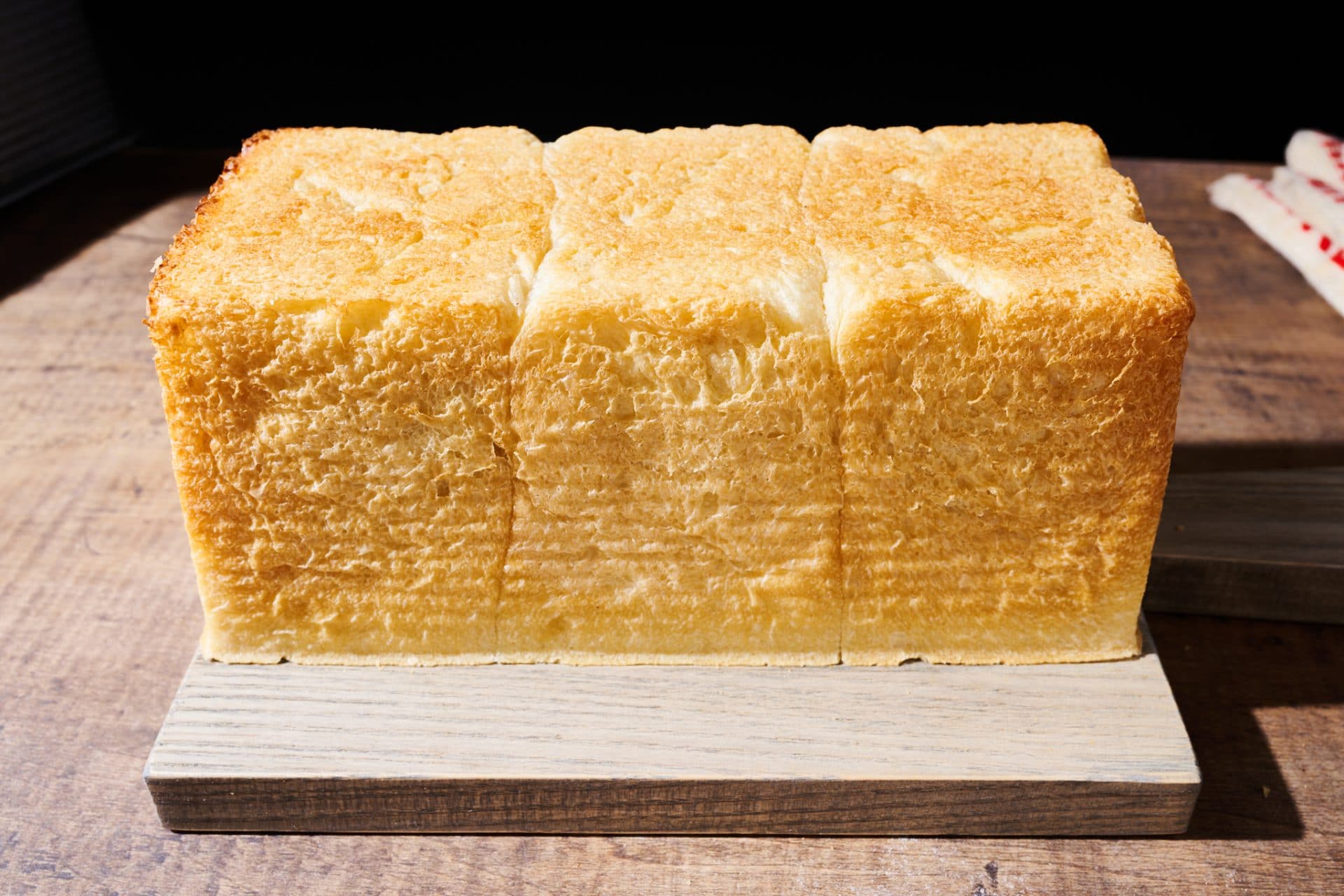 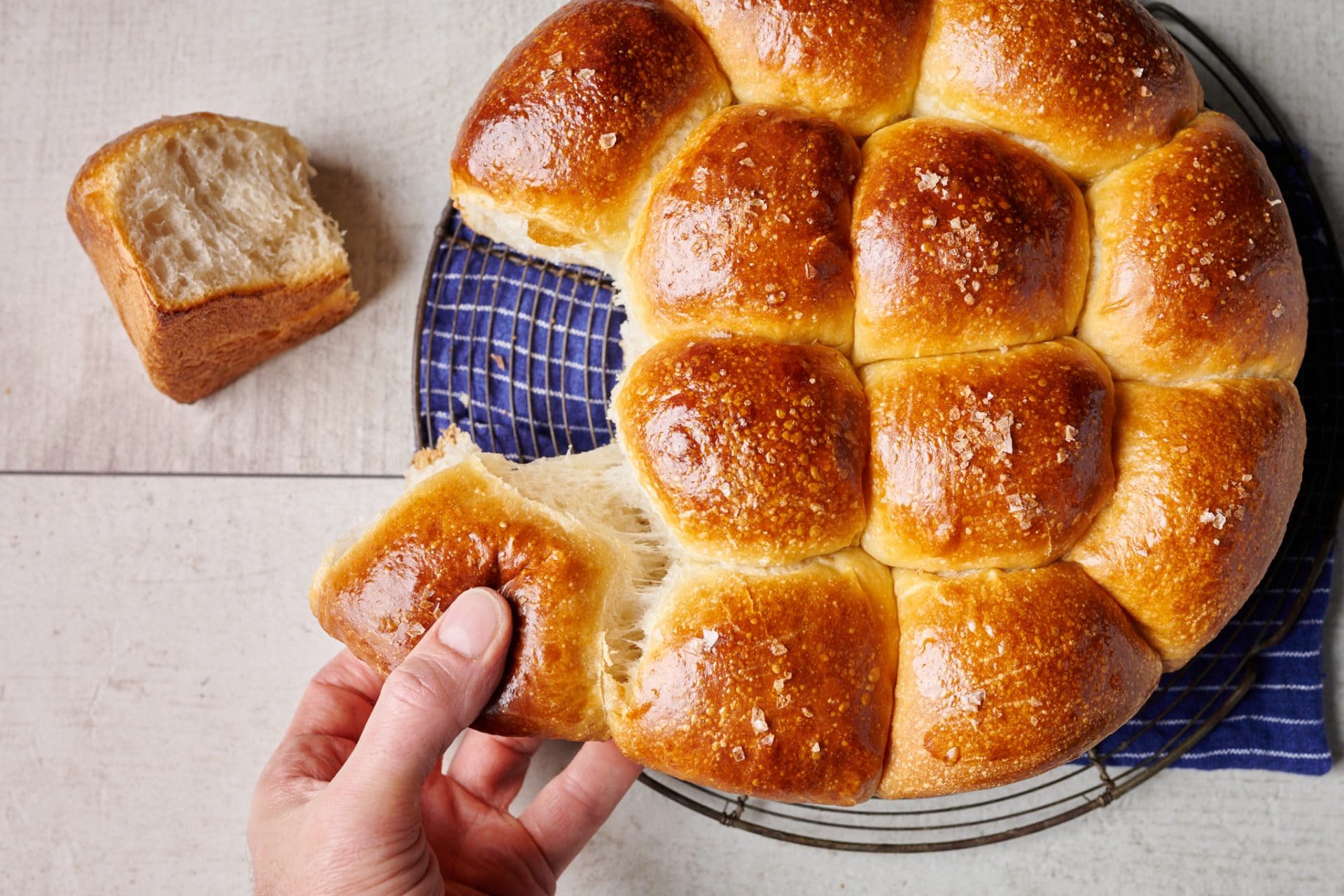