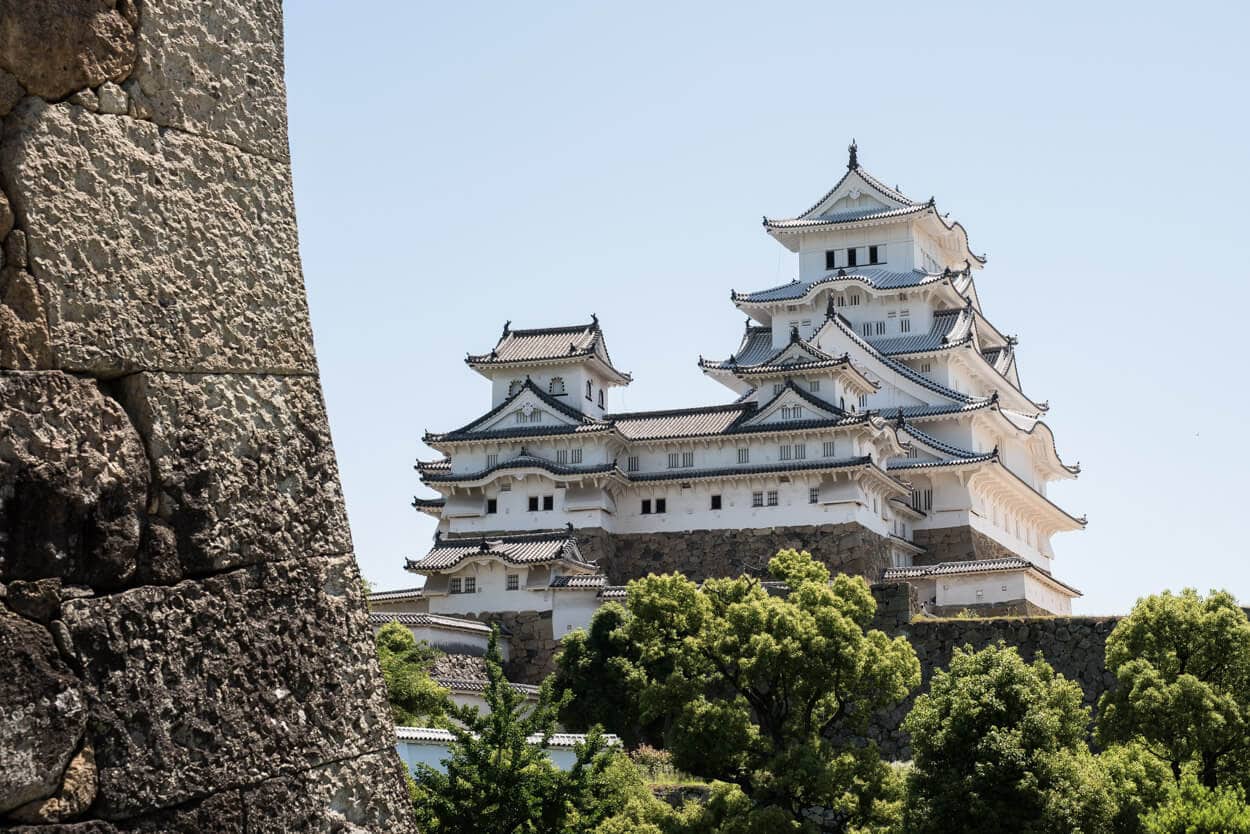 With my sourdough starter safely tucked away in my fridge (like I did when traveling to Italy), I wanted to start my pictured recount of traveling Japan with a short story. A story about how I was parted from my wallet in a bustling city of over 13 million inhabitants. If you've never been to Tokyo imagine a city that resembles an ever-moving, oozing anthill of people streaming through subway tubes, tight ticket turnstiles, streets, constricted alleys, and huge blocks of people waiting to cross roads like large armies lined up for battle. It seemed this way at any time of the day, the same flow of people bound for their destination — well except for rush hour where that flow probably increased twofold. Even with the sheer number of people traversing the city each day, there's no bumping, pushing, or yelling. It's ordered, calm, and polite.

We arrived at our subway stop, Suidobashi Station, late in the night. We stepped off the subway car and into the flow of people up and out to the top floor, out the turnstiles and behold! Even at the ungodly hour we were returning home the station was just as packed, but I spotted a humble man in a rickety food cart serving hot soup to those returning home too late to enjoy dinner at the table. I saw this man and immediately had the impulse to take his photo as he worked his craft. I wanted to seize the rare opportunity to take his picture without anyone else in the frame, and quickly yanked out my phone to capture the moment.

As I rushed to take out my phone before the crowd of people behind me moved forward, I inadvertently dropped my wallet. My tiny little leather wallet stuffed with cash and credit cards, my ID, my medical card, hotel room key, you know all the good stuff1. So there it lies on the foot-trampled concrete floor while the flood rushed over. Content with digitally capturing the moment, we strolled back to our hotel, and as I went to open our door, I heard in my head: oh, shit. I told my wife and two friends I must have lost my wallet, and we immediately began recounting our steps, as I imagine everyone does when they misplace something. “I took it out at dinner to pay, but I needed my wallet to get on the subway. I took out my phone when riding on the subway, but I needed my wallet to exit the subway station. I took out my phone at the subway exit to take a photo. Right then.” At that point, I gave it up, I said to myself it's gone, and I started thinking about canceling cards, getting a new medical card, a new driver's license, and so on. The cash didn't even matter. My wife quickly suggested we run down there and see if it was still lying out there on the floor, it was dark, and maybe no one saw it. I agreed, so my friend and I started back at a rapid pace for the station. On the walk over, I genuinely resigned to the fact that there's NO way a wallet with cash and credit cards would sit there unmolested, especially with so many people walking the streets. We arrived at the food cart, and I started frantically looking around—perhaps no one saw it, maybe someone kicked it under the cart, maybe it was near the benches, or maybe it was… Somewhere.

My friend then suggested we go and check with the subway official in the office, maybe someone found it and returned it. I told him “dude there is no way it's going to be there, I mean NO way. It's gone.” After a few minutes, we walked over and in a conversation of broken English and minimal Japanese, I told the officer what happened. The old man didn't even say anything; he just looked at me. Then he asked: “Name? Where stay?” I said, “What? What hotel am I staying at? Hotel Niwa.” The old man revealed a sly little grin, a grin where in any other country I'd think he was up to something nefarious. He scurried off back to his tall grey cabinet, pulled out a large ring of keys, and unlocked the bottom drawer. He slid it open and pulled out something, then I saw it, my little black leather wallet in someone else's hands. He returned to me and pushed a green paper in front of me littered with indecipherable symbols, and he asked me to sign it. I'll sign whatever you want, I thought. When I finished writing my name, I looked up, and his face was all smile, ear-to-ear. He handed me my wallet as I said “arigato” what must have been a hundred times in secession, I even recall doing a few small bows.

I was completely shocked at what just happened throughout the last thirty or so minutes.

I like to think I have a lot of faith in people, but when I'm traveling my guard is up to level ten. I trust no one; I watch my stuff like a hawk, everything is locked, nothing is shown. It's a product of growing up and traveling all over the world seeing all sorts of stuff, having stuff stolen, seeing stuff taken. The fact that I was reunited with my wallet in this incredibly busy city where so many people are in a rush to get home to their families insanely late at night blows my mind. There was no reward for this person; they could have just ignored it. They could have kicked it to the side. They could have taken the cash and then returned the wallet. Or whatever, but they didn't. They didn't touch a thing, and they handed it in to the official in hopes it would find its way back to its owner. I still can't believe it.

I know losing your wallet isn't the worst thing that could happen, but this is just one story of many where the people of Japan amazed me, their kindness and attention is unparalleled. I wish I could thank that person who returned the wallet, but I know they are already happy they did something for someone else. I truly believe everyone in Japan acts like they would want to be treated. Something I think is missing from many places on this Earth. Even the subway official was genuinely happy I was reunited with my wallet.

Traveling Japan, something I've wanted to do since I can remember has given me a short but meaningful glimpse into a country and culture I've been enchanted with since childhood. My personality resonates with the ordered, passionate people there, their work ethic, desire for quality food and appreciation for attention to detail — their entire ethos. I hope the photos below (which only barely scratch the surface) give you a sense of the place and I hope you head there one day, it's an incredible experience. 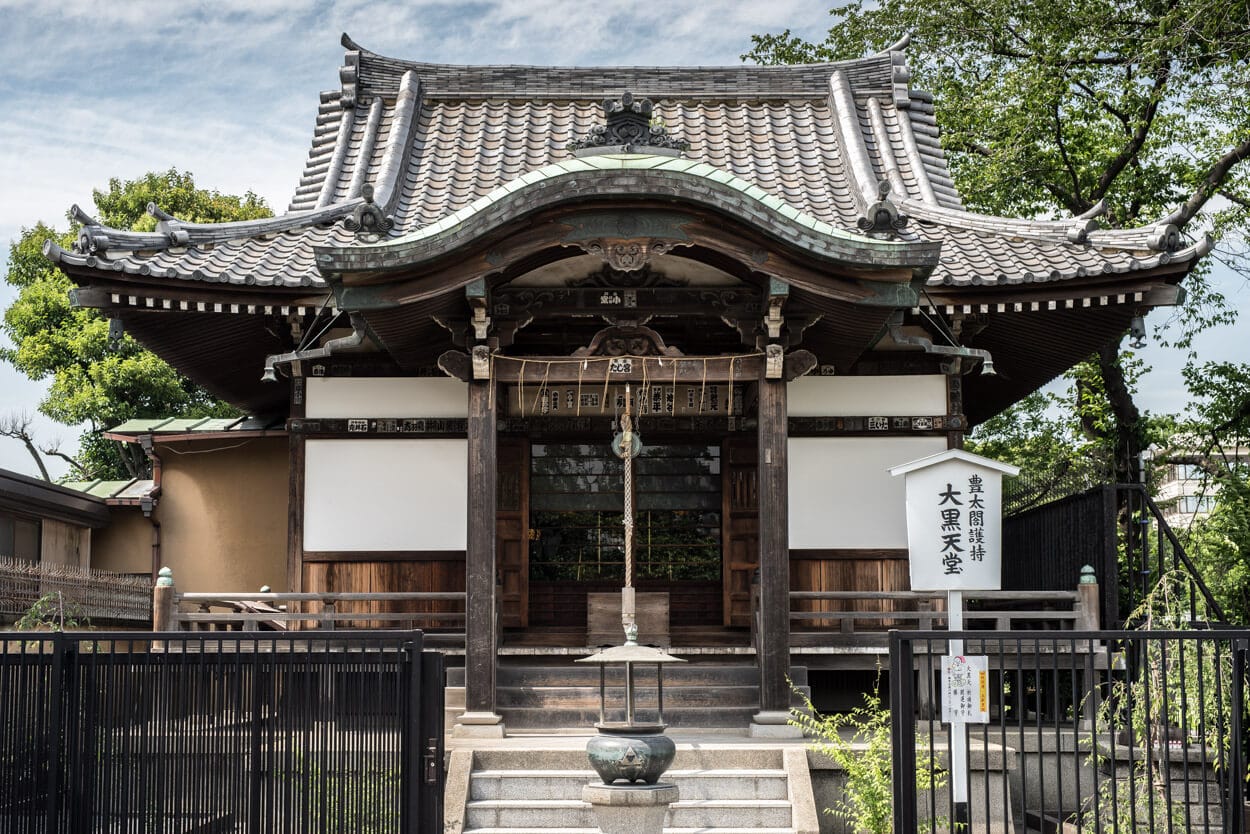 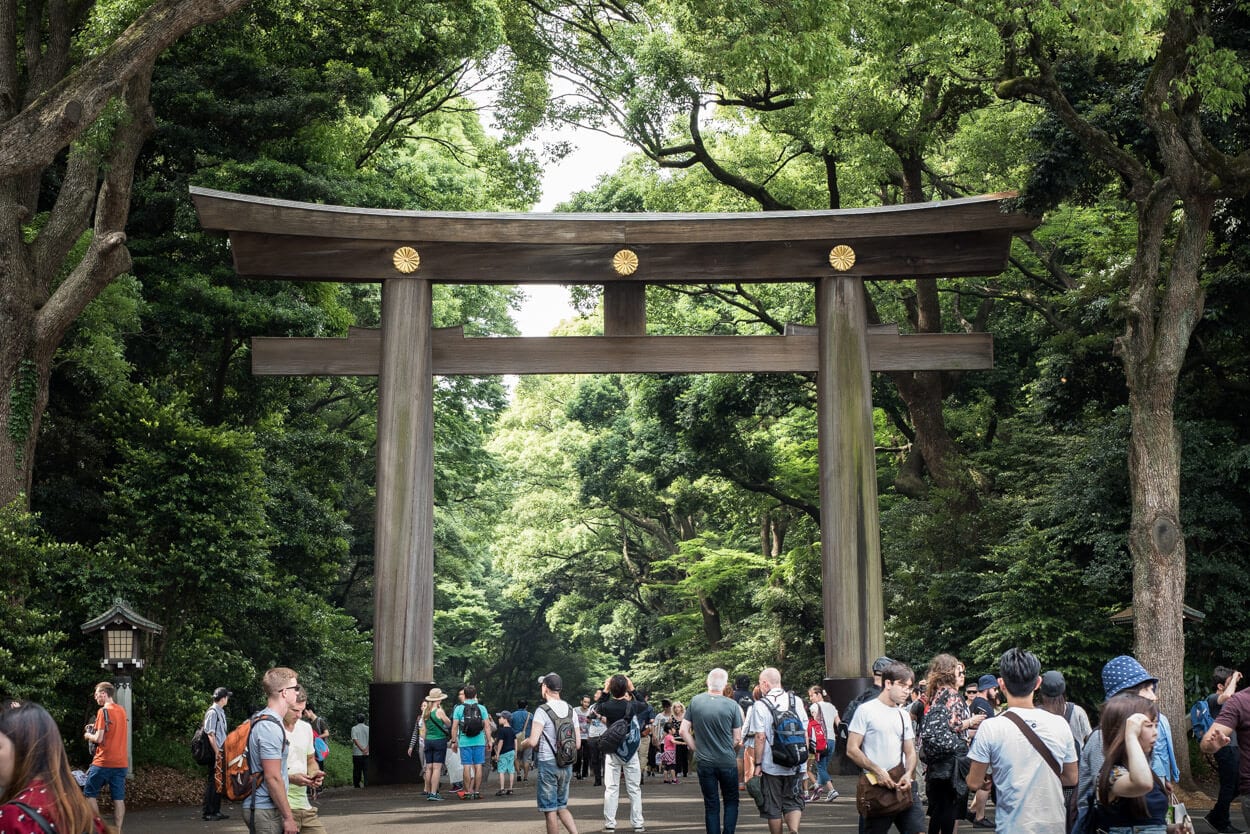 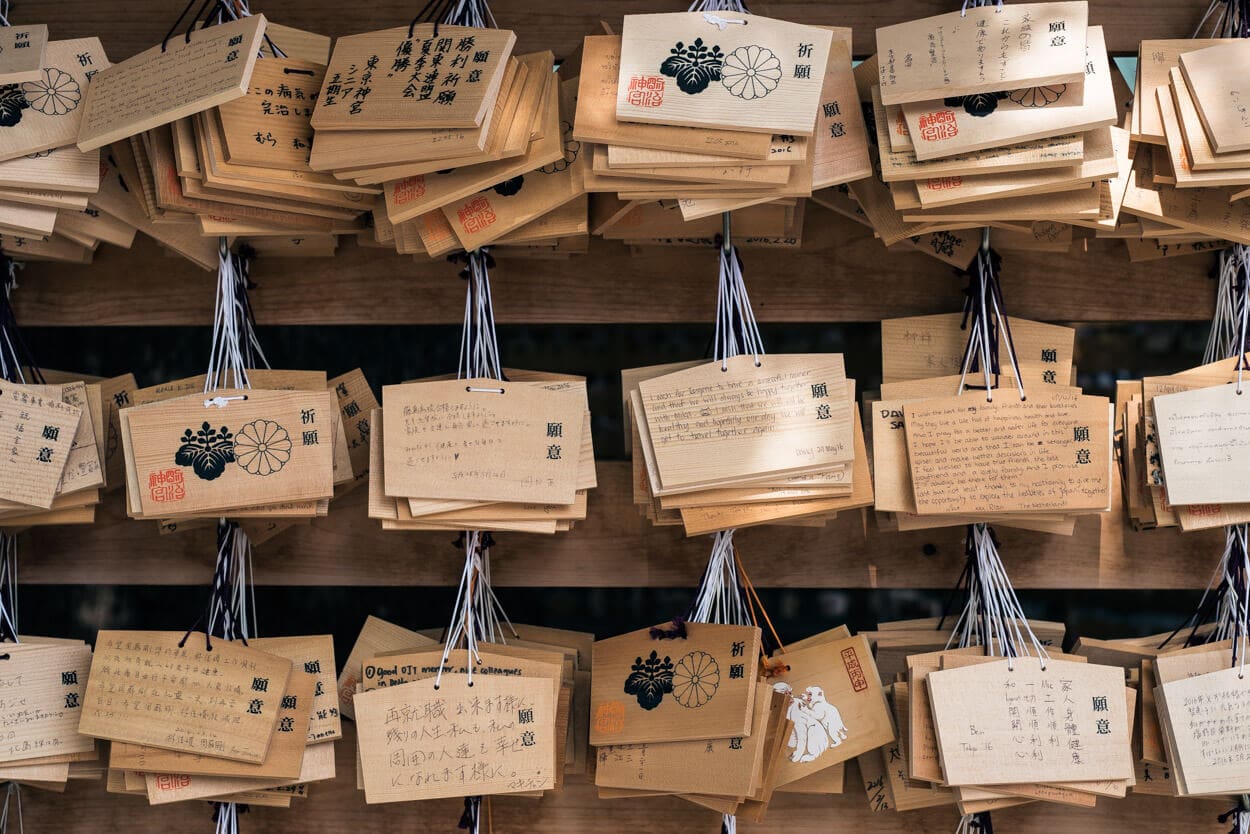 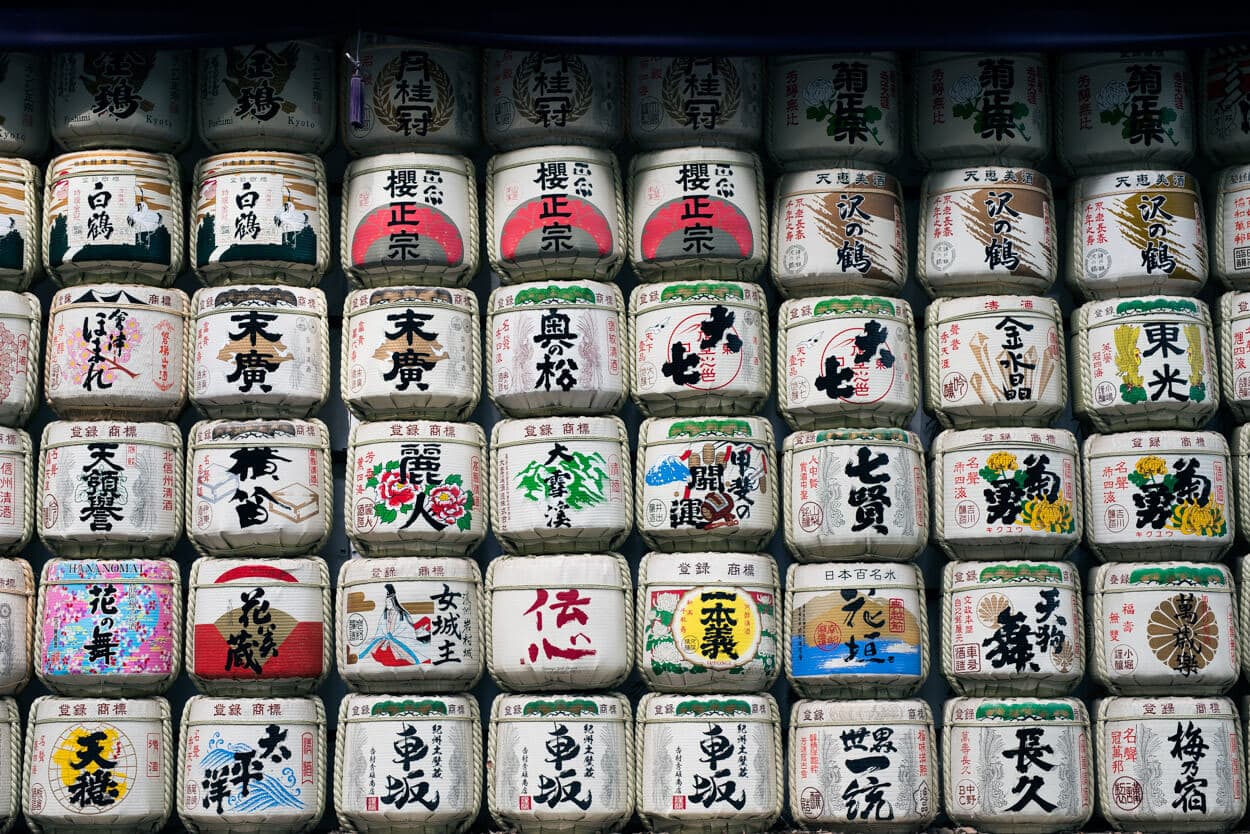 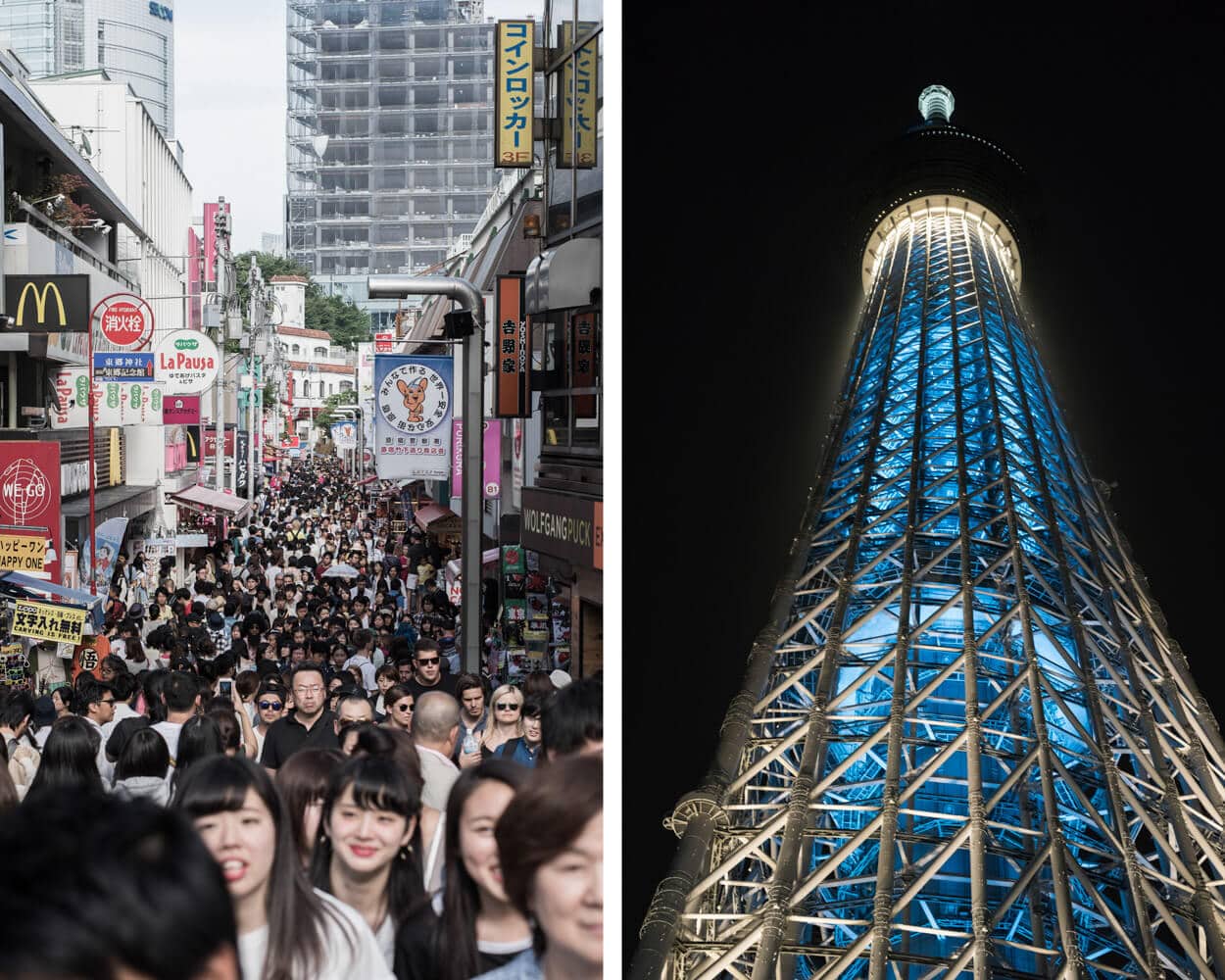 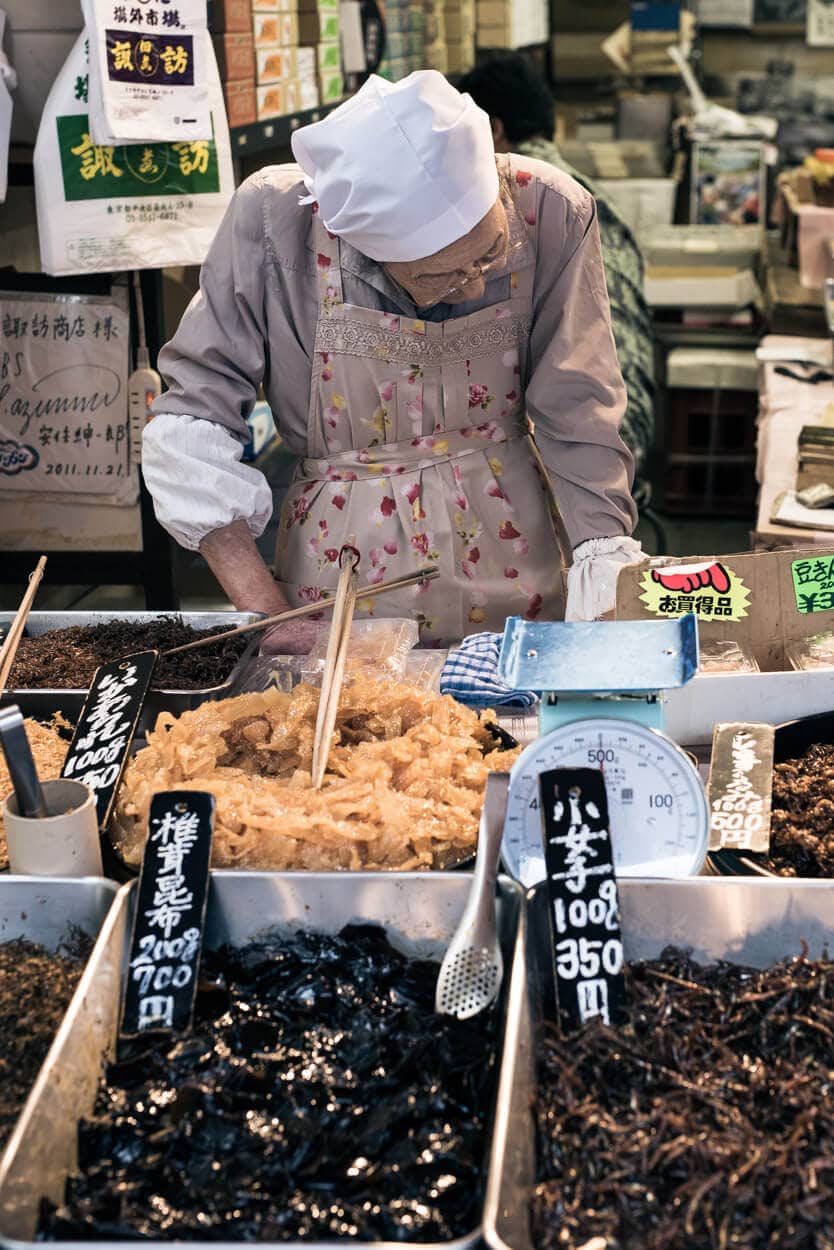 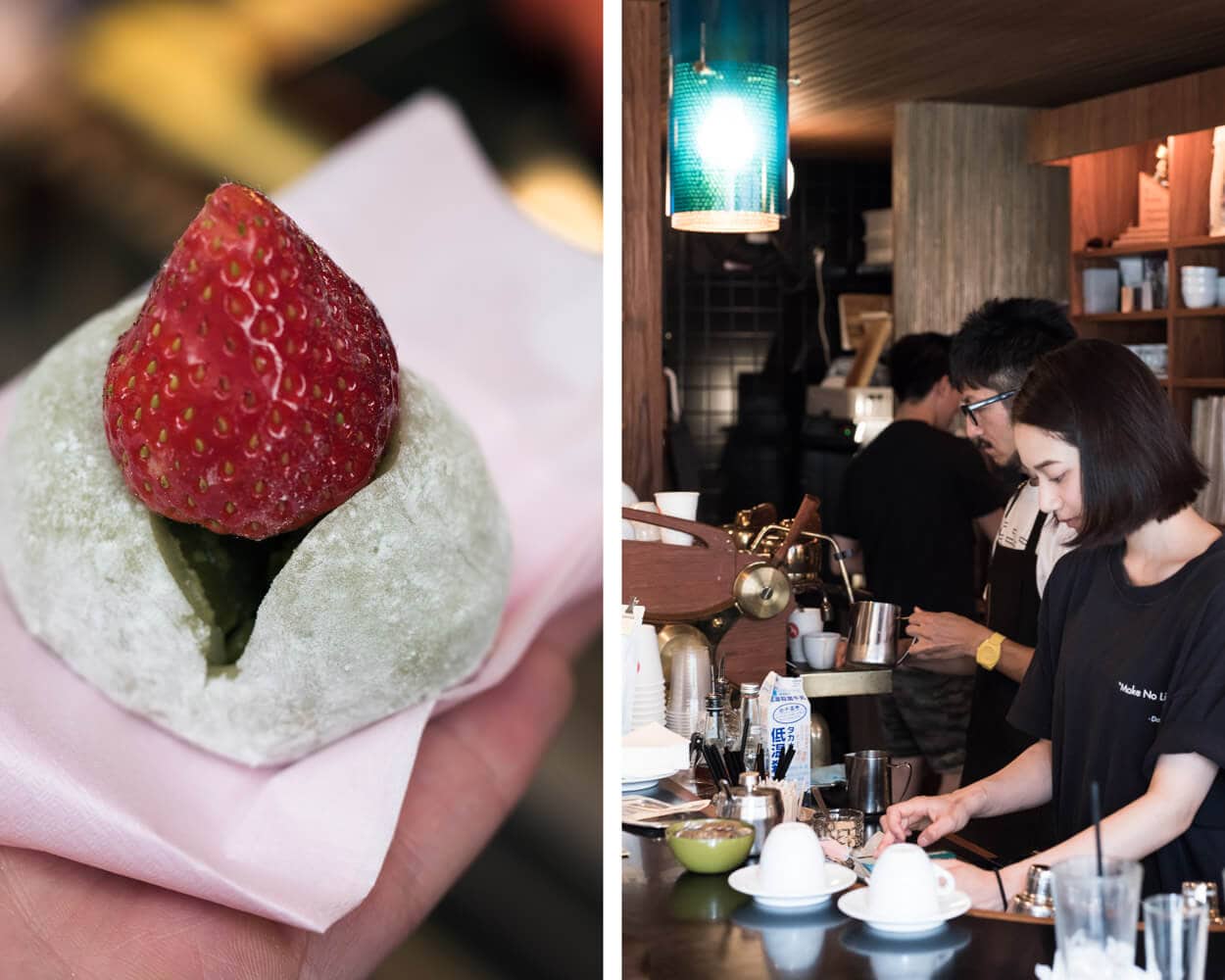 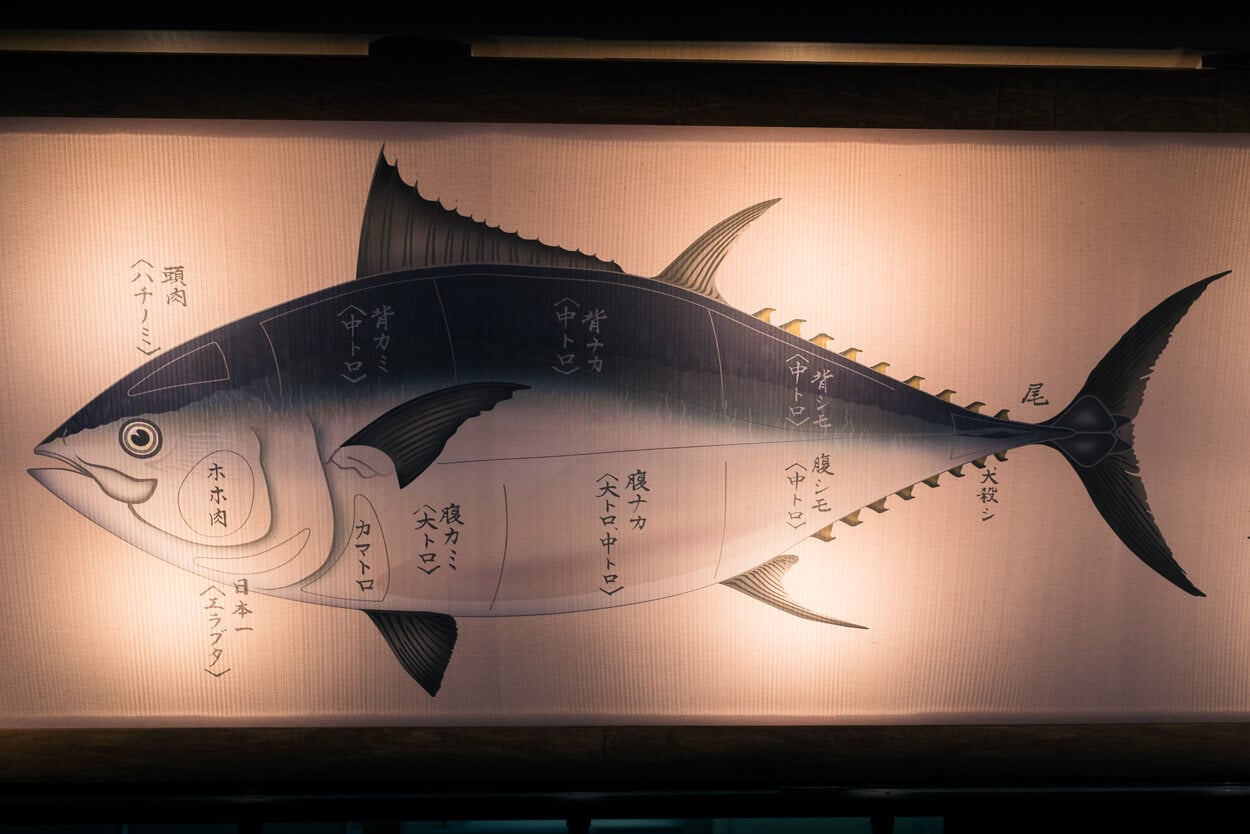 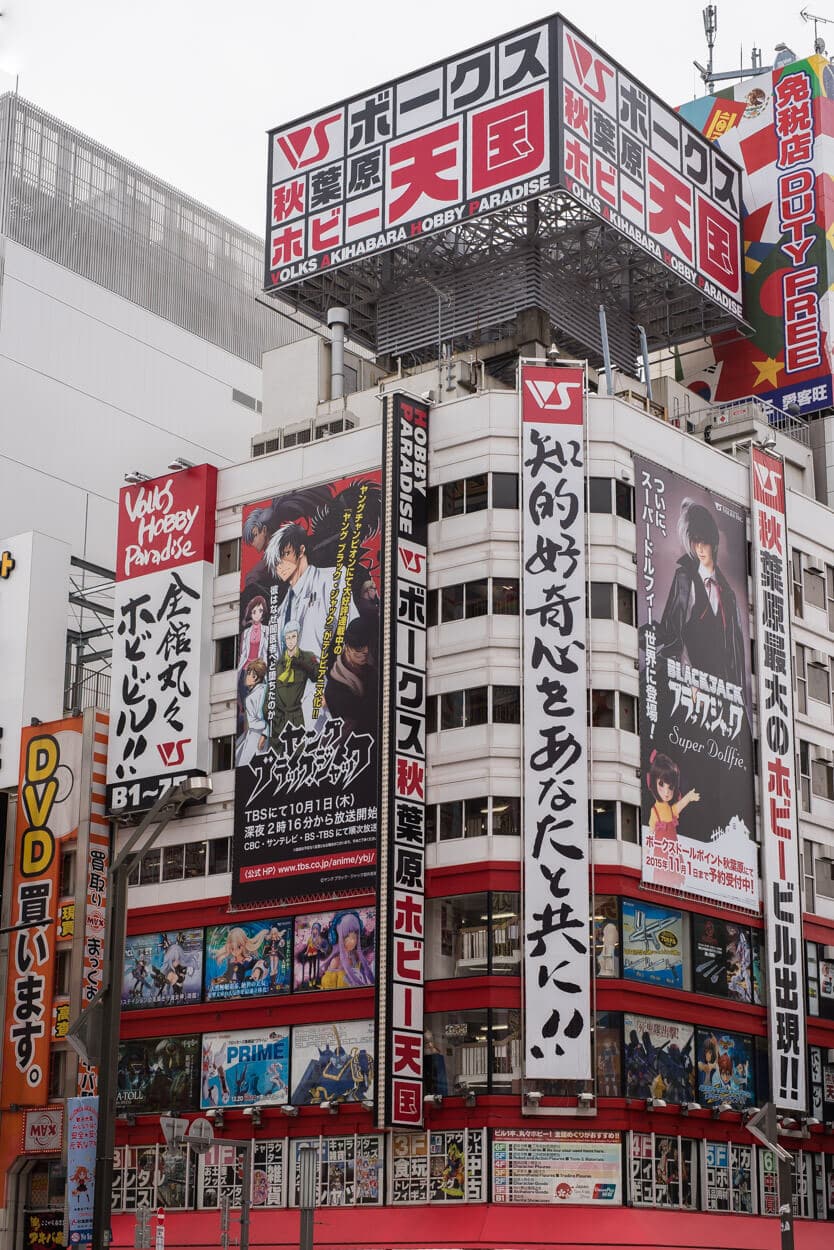 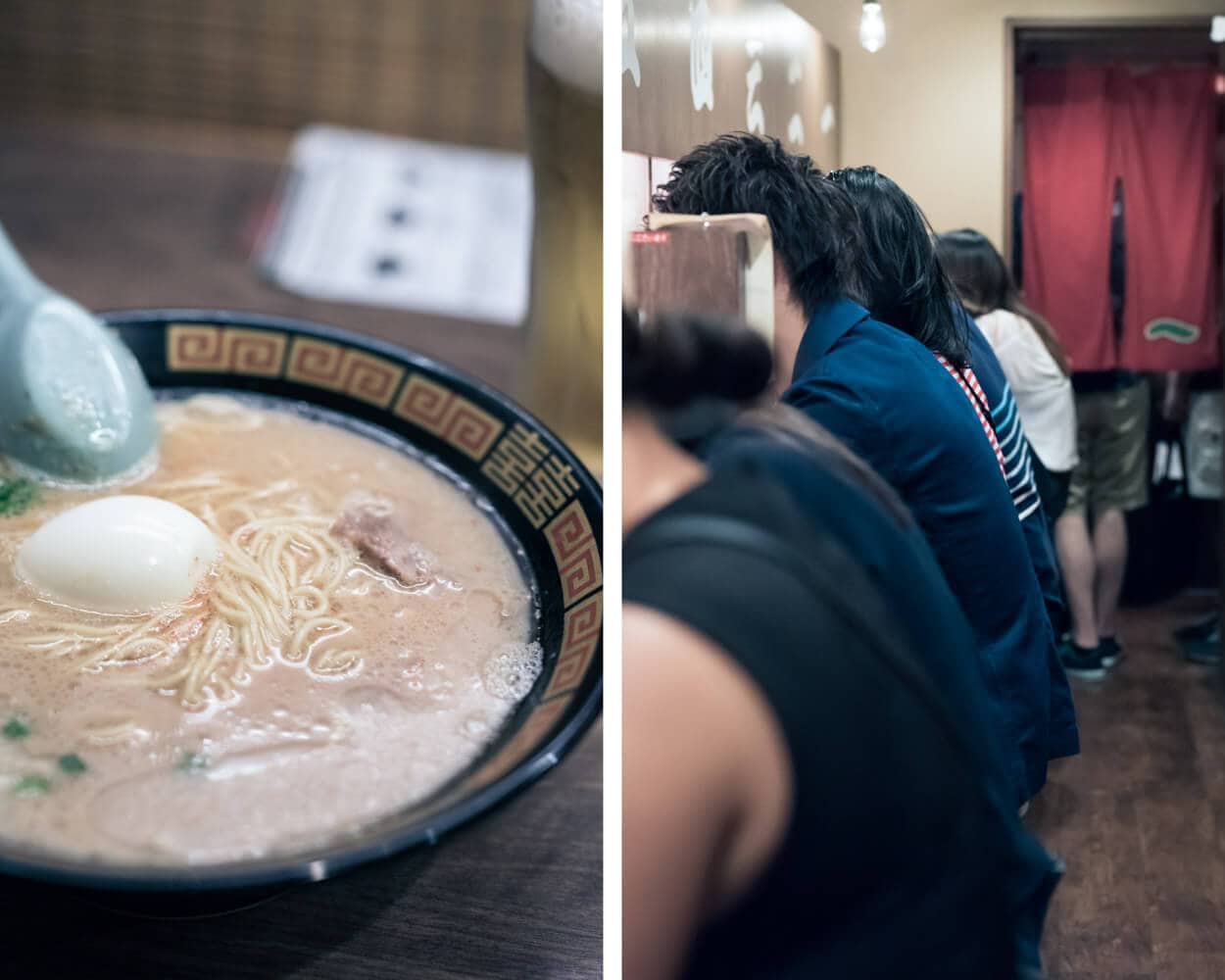 While we were in Tokyo, I had the pleasure of meeting up with a baker I chat with on Instagram: Fumi. I met with her one morning over coffee, and she was so lovely to give me a loaf of her sourdough bread, sourdough bagels, and a sack of local flour from Hokkaido. I wasn't expecting this at all and was so grateful for the gifts; we ate every bit of them over the next few days!

We did a short day-trip out to Mount Kōya, a Buddhist headquarters with many temples, hiking paths and sights to see. We spent the good part of a day hiking around there exploring each temple and watching many of the monks perform their daily duties. A very quiet and humbling place.

In contrast with Mount Kōya is Osaka, a bustling business city that is a little more gritty (still, there is not one bit of trash anywhere) and dense feeling than Tokyo. The people there are a little more hurried it seemed, there's work to do after all. We had some truly fantastic food in Osaka and walking Dōtonbori (see below) is a fun experience, even if a bit touristy.

Kyoto has so many sights to see it's pretty much impossible to see them all in a week. We selected a few and even did the several-hour hike to the top of Fushimi Inari-taisha (seen above and below). If you have a spare afternoon, I highly recommend the walk. Head there really early and if it's lightly raining it's even better. A stop in at % Arabica, a stylish little coffee shop in Arashiyama on the Katsura river. Their beautiful Slayer espresso machine and kind staff served us some much needed iced coffee in the afternoon heat. My wife found a small teahouse, Chocolat Organic Tea House, for us to visit that was a journey from our hotel all of its own. The place was small, cozy and you could tell a local favorite. The owner is a Japanese chef and his wife, a Canadian woman that was so kind it's hard to convey it through words. Her personality was calm, genuine, and caring. We all talked for several hours over their delicious matcha and chocolate. She even left her place of business in the middle of the day to give us a ride to the subway station so we could get home without a burden. Above is a photo of me helping some local high school students complete one of their exams. The student in the middle had to ask me a series of questions in spoken English, write my answers down and then at the end perform an “exchange of Yen.”

The people of Japan seem so deeply rooted in tradition yet move at a breakneck pace towards everything new. There’s adherence to old techniques, a respect for hard work, and the pursuit of mastery, yet a desire for new gadgets and ever-evolving visions of the future. I could have easily spent an entire month traveling throughout the country; it's a beautiful place with wonderful people.

Can't wait to go back.